The Air of the Anthropocene is an going documentary photography project using a custom built LED light painter that translates particulate pollution levels into the density of light dots in a long exposure photograph. As the light painter’s sensor detects more pollution it draws in correspondingly greater numbers of light particles into the photograph. The effect is as if the microscopic pollution has been enlarged and lit up, shedding light on the invisible. The project is an investigation into the effects of the anthropocene on air quality and has taken in photography at sites around the world including India, the UK, Ireland, Mexico and Africa.

The work was initiated through a springboard residency at Birmingham Open Media, has been featured in the Belfast Photo Festival, Source Magazine, The Guardian, New Scientist, The UK Green Guide, acquired by the Arts Council of Northern Ireland and is commercially represented by Ungalleried. Working with the both the FCOD & UN the project has been used to raise awareness of growing pollution levels in developing cities in East Africa, the images most recently being turned into protest postcards sent to local legislators in Addis Ababa.

It is currently being reworked into an open source tool kit that can be distributed to interested school children to help effect positive change through image based campaigning.

The project has been in collaboration with environmental scientists world-wide, principally Prof. Francis Pope, University of Birmingham. A genuine three way art/science/technology conversation; as well as its artistic and awareness raising outcomes the code written in its development contributed to a scientific paper evaluating low cost air quality sensors with over 100 academic citations.

The locations and images in this work were selected and taken in collaboration with environmental scientists, journalists and local drivers, guides and fixers. The artist would like to thank: 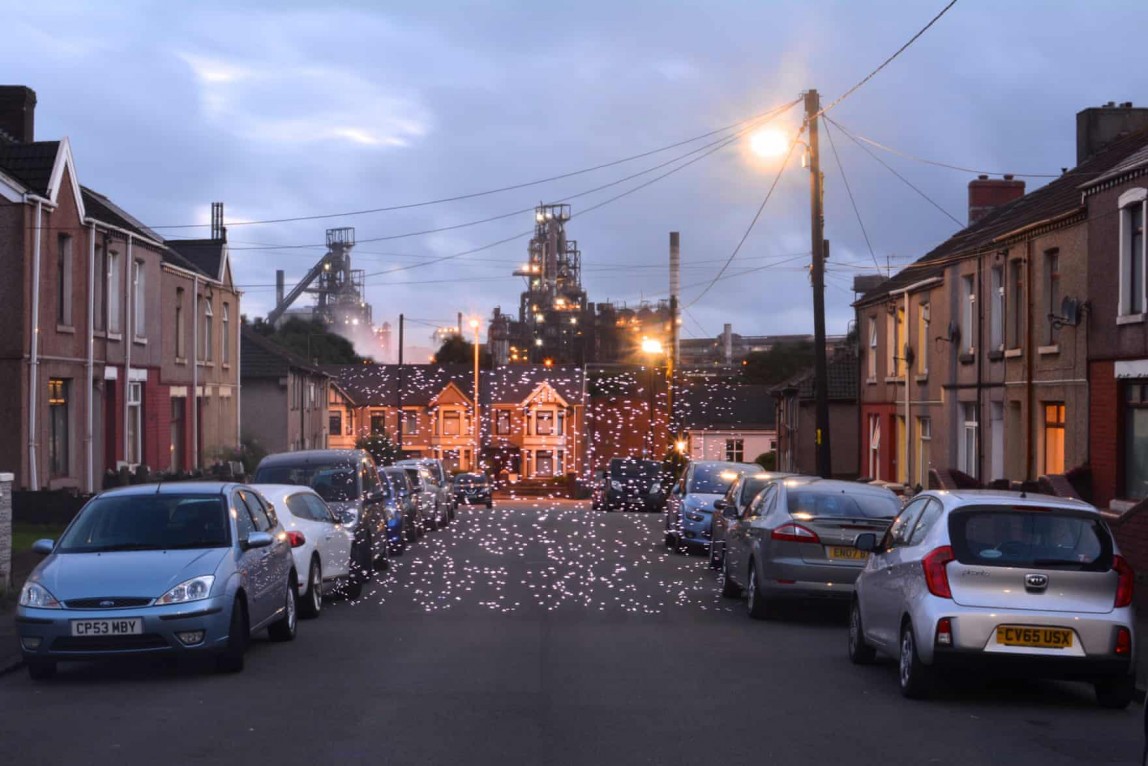 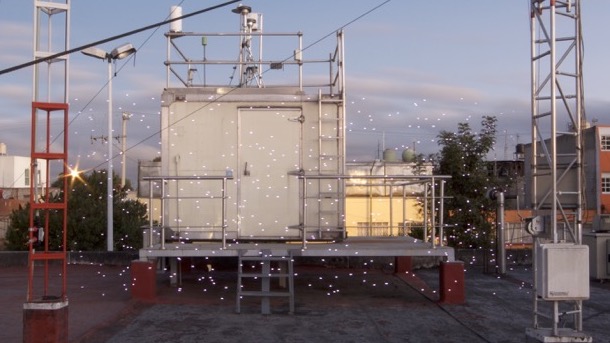 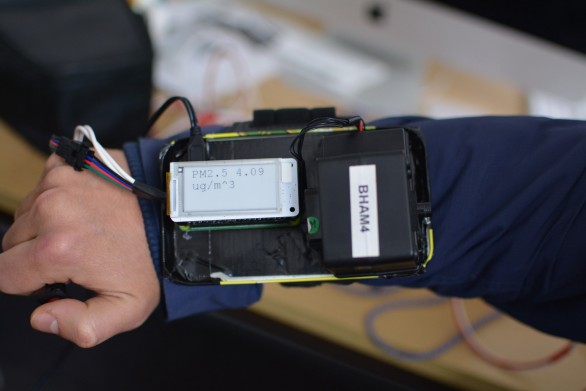 Prof. Francis Pope lecturing on Kuznet's Curve from which photo locations were selected 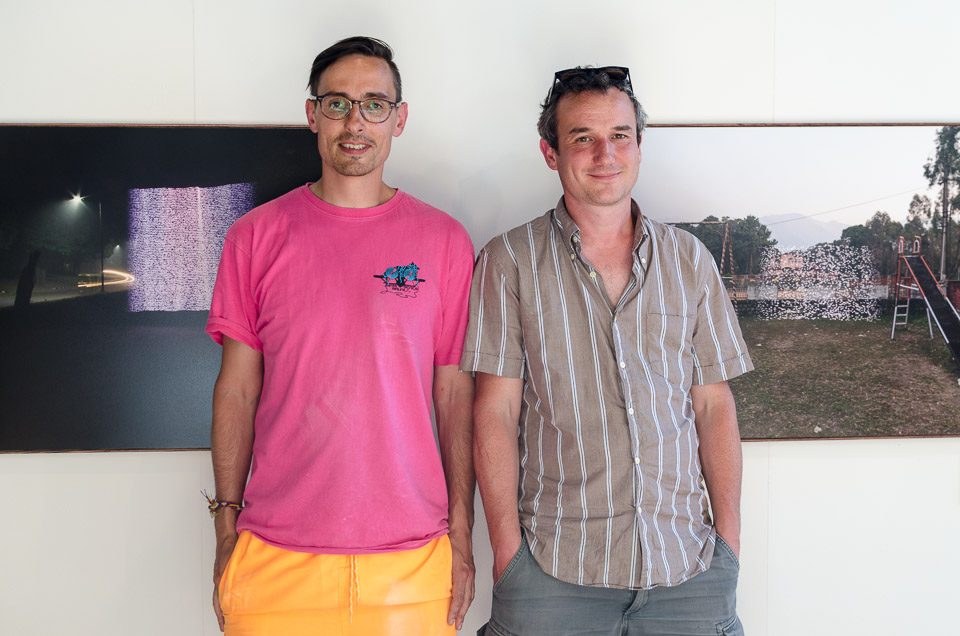 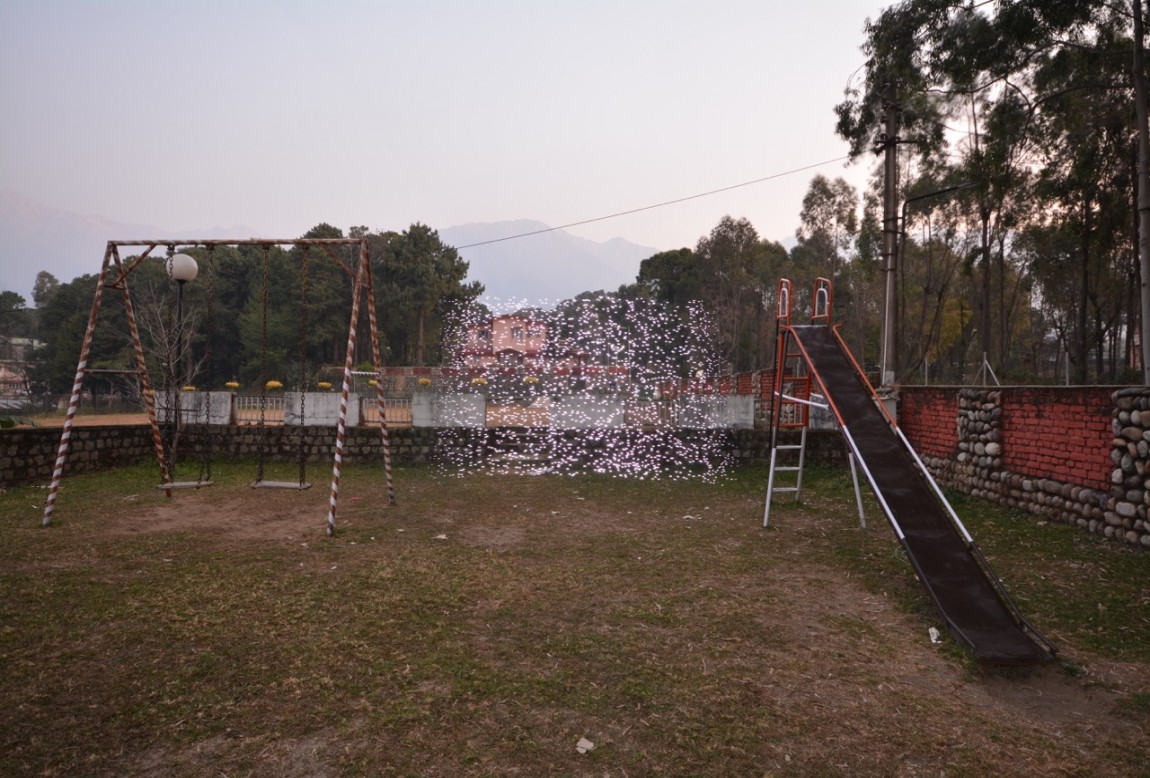 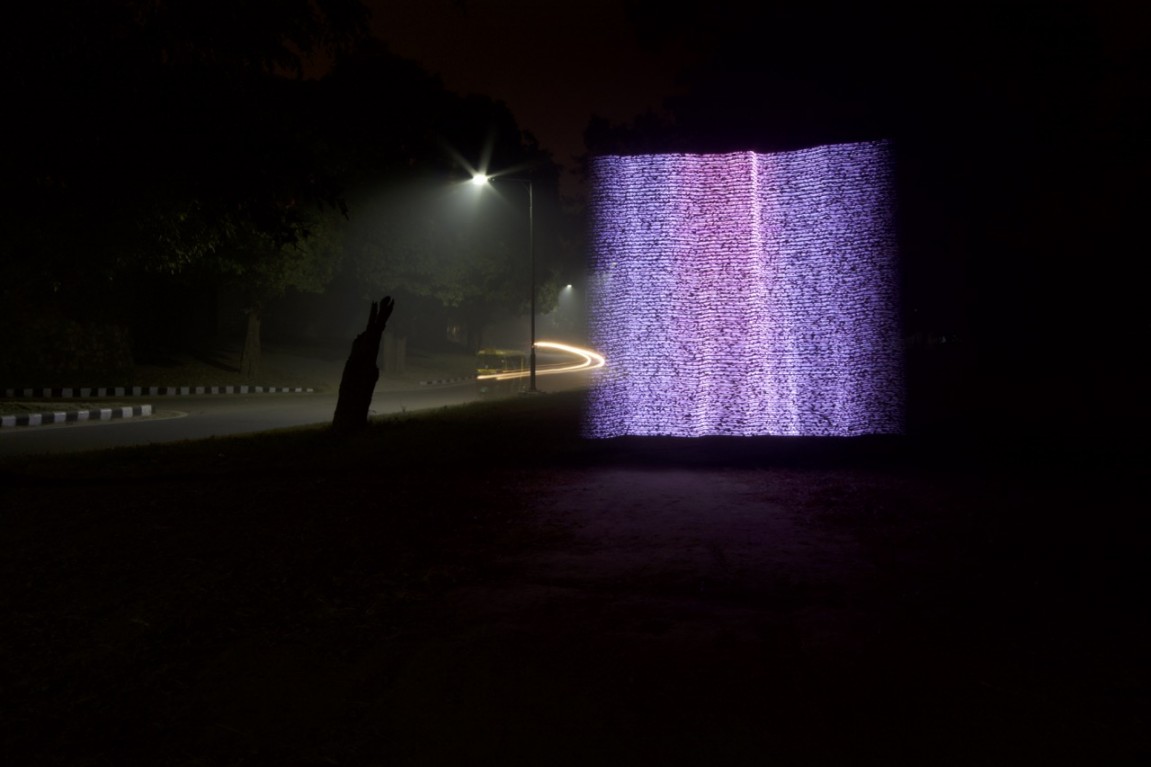 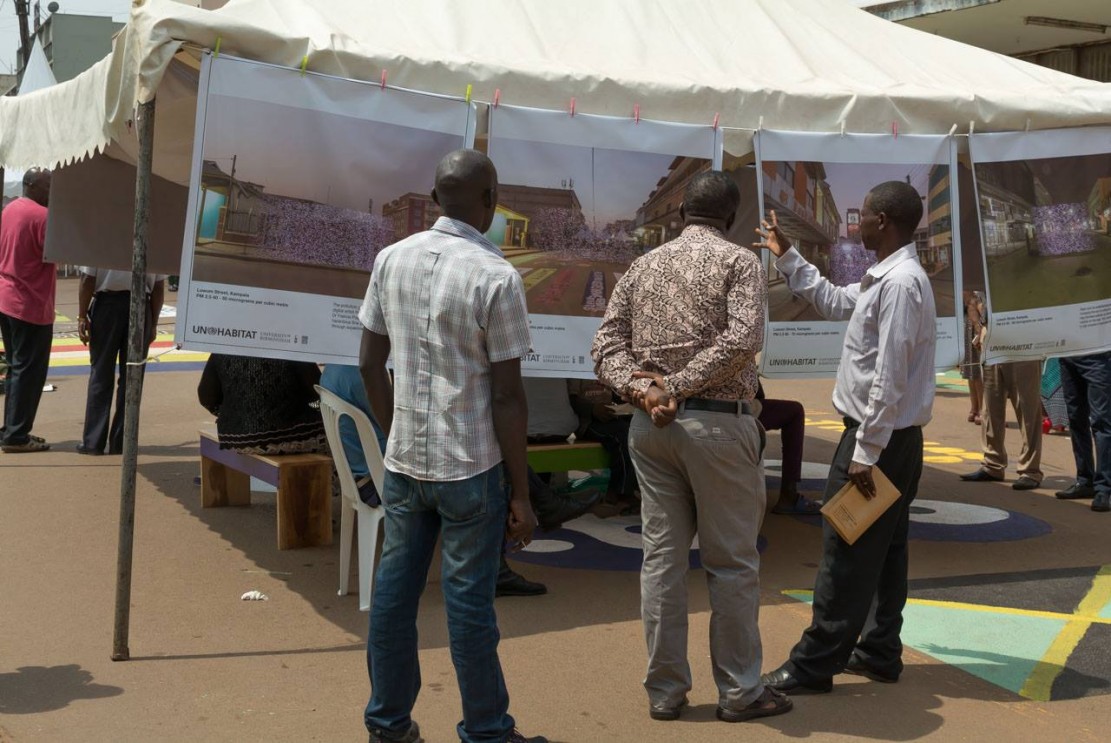 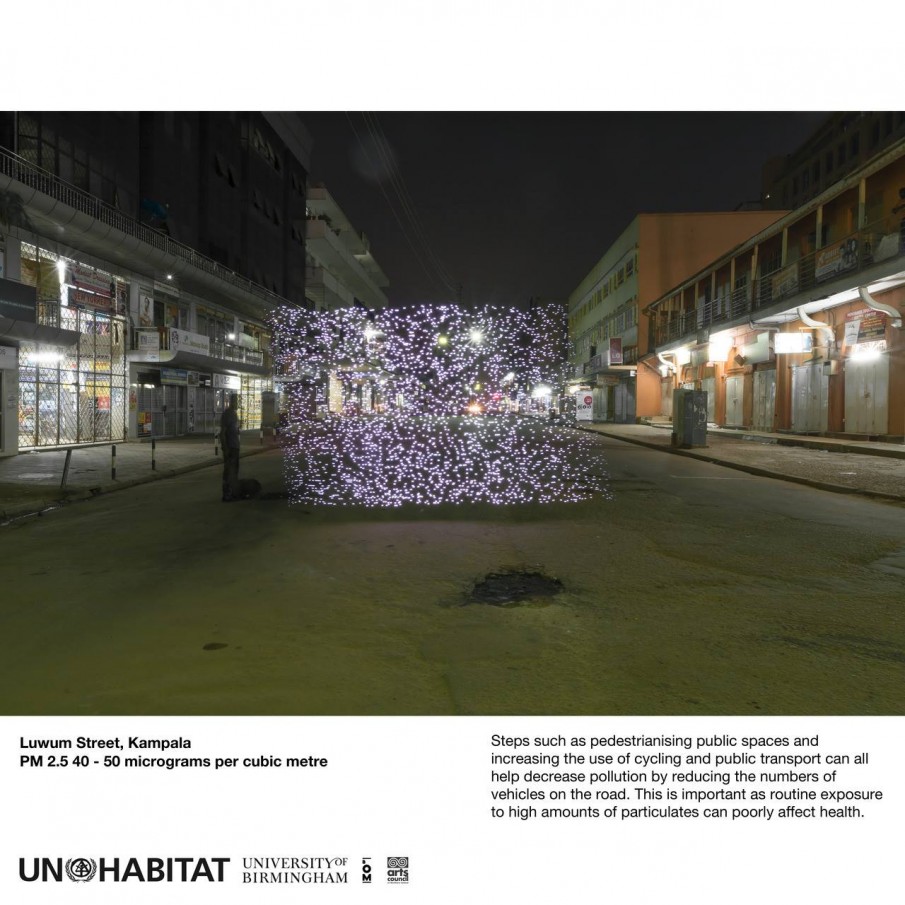 As part of the initiative four pollution light paintings and texts were commissioned to be displayed in the space they were taken and turned into postcards for delegates to the wider KCAA conference.

The World Health Organisation air quality guideline stipulates that PM2.5 not exceed 10 μg/m³ annual mean, or 25 μg/m³ 24-hour mean. Kampala and many of the sites featured in this project routinely exceed this. 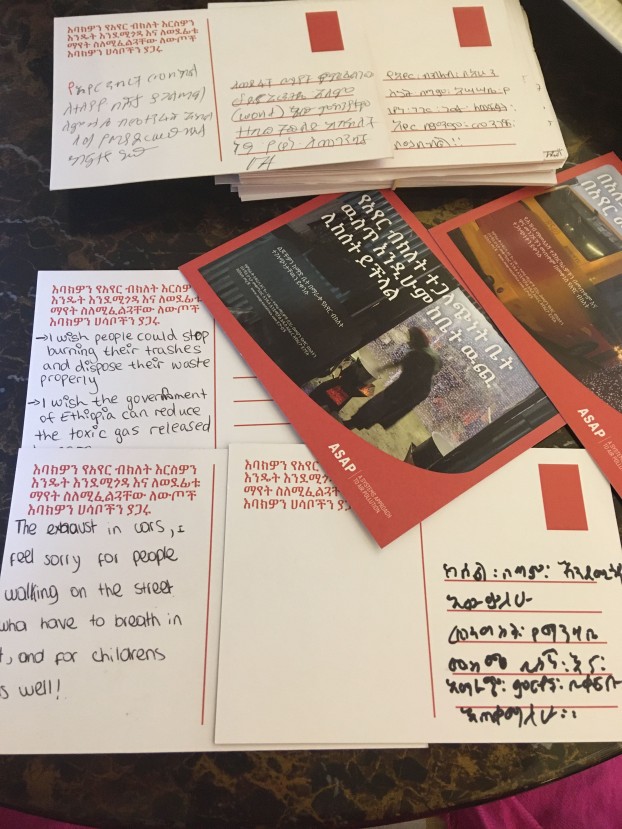 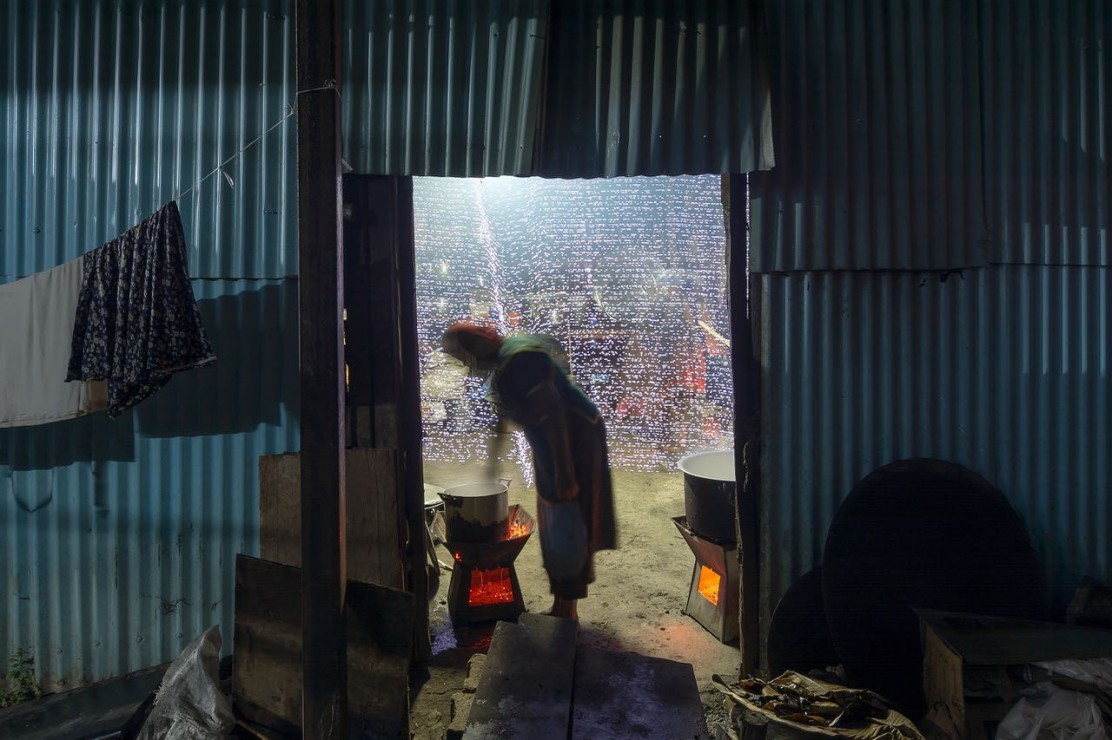